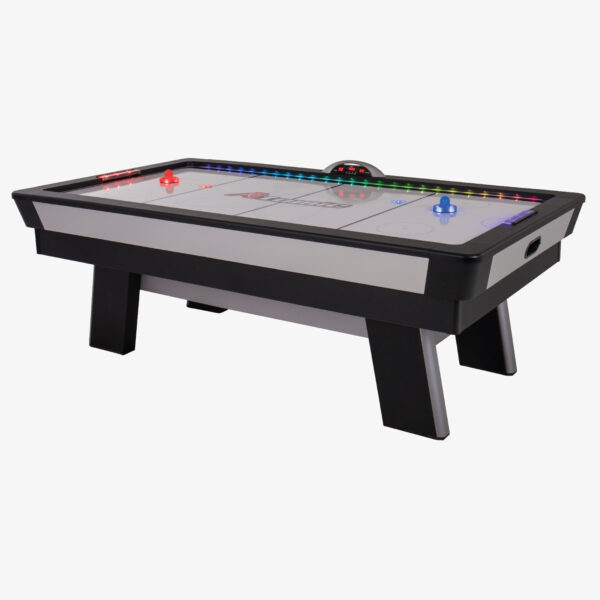 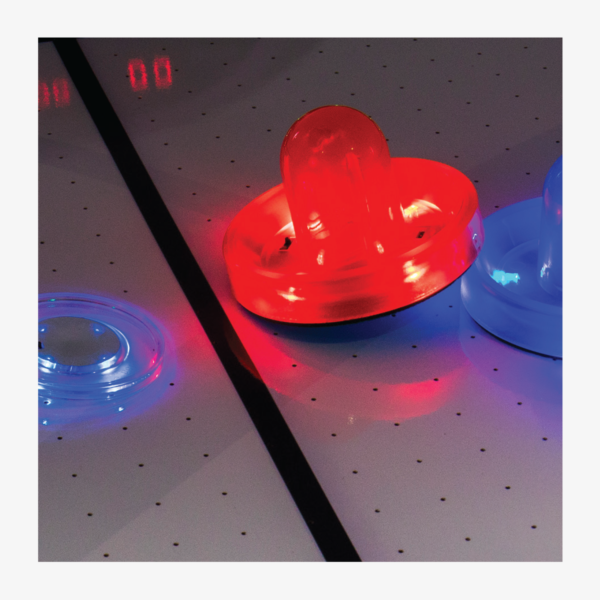 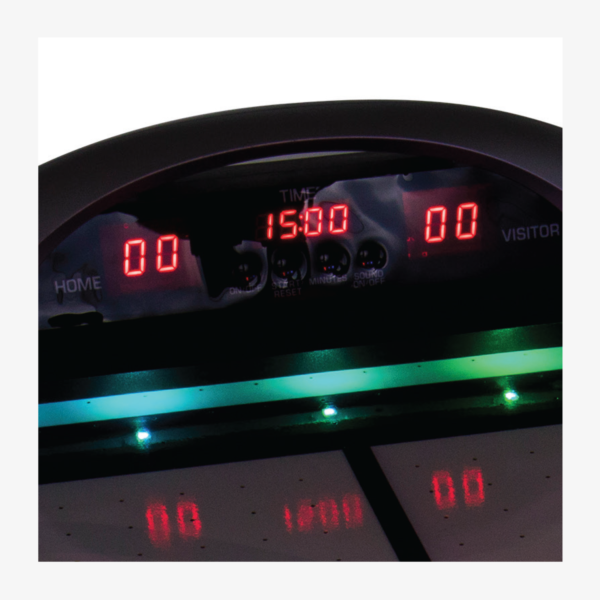 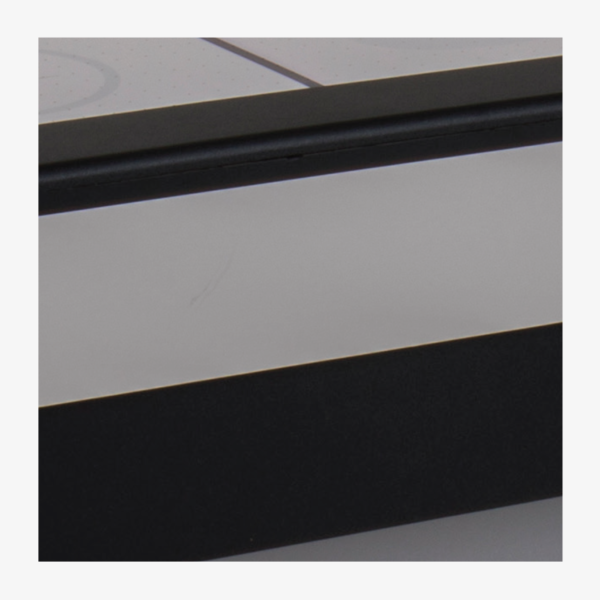 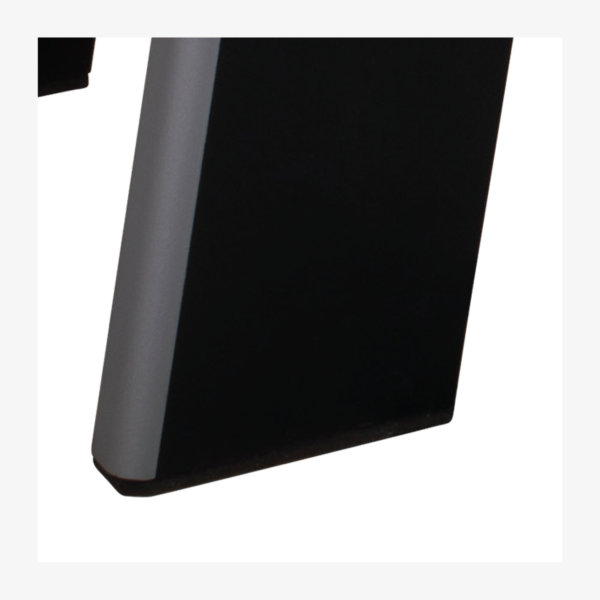 The Atomic 7.5 Top Shelf Hockey Table’s slick 82″ L x 41″ W play surface is constructed out of PVC laminated MDF for high-speed play. Play in the dark as the LED Lumen-X technology illuminates the table with red, green, and blue multicolor light effects while listening to high-tempo music for added intensity. These interactive lights change colors during gameplay when each player scores a goal, taking the competition to another level. The fast moving game play with the LED puck and LED pushers is a game changing air hockey experience you don’t want to miss! Four large legs create a stable, sturdy playing surface for premium performance. The Atomic Top Shelf Air Hockey Table includes LED accessories for exciting play in the dark! The table includes one red and one blue LED pusher and one red hexagonal LED “spinner” puck that provides challenging, unpredictable rebounds for advanced play and one red and one blue round puck for traditional game play. Try them all for hours of fun with family and friends. 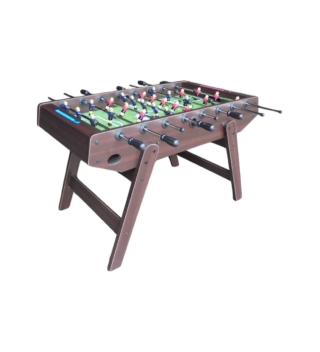 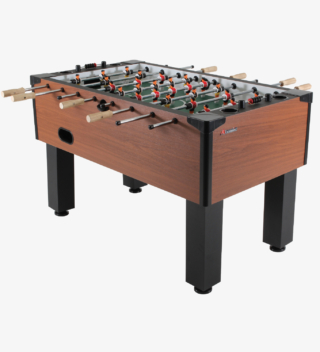 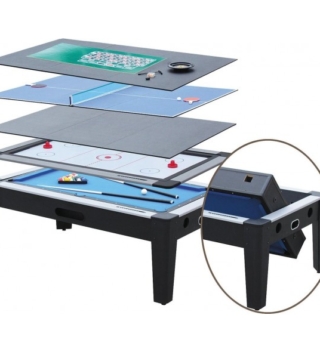 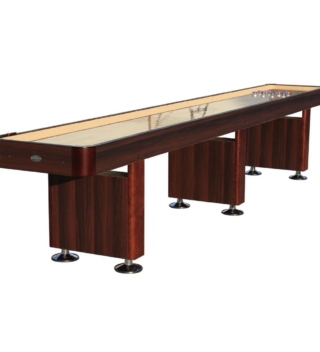