Stern’s Monopoly pinball machine designed by Pat Lawlor and released in September 2001. It is based on the board game of the same name.

The Monopoly pinball machine is based on the best-selling board game of all-time is now the hottest pinball machine on the boardwalk. Brought to you by STERN Pinball, Inc., Hasbro, Inc. and Pat Lawlor Design, the MONOPOLY pinball machine was designed by Pat Lawlor and his team of mechanical and programming engineers. Pat Lawlor has designed some of the most famous titles in the history of pinball, including The Addams Family, Twilight Zone, Funhouse, Whirlwind, and Earthshaker. These machines, even today, consistently rank among the top earners on both the RePlay and Play Meter Pinball Polls. This game has been made in the great tradition of these classic pinball machines.

The MONOPOLY board game has a grand history. In 1934, during the height of the United States’ Great Depression, MONOPOLY was created. Within a year, it became the best-selling board game in the country. The game has since sold an estimated 200 million copies in 80 countries, and has been produced in 26 languages.

Some of the MONOPOLY pinball machine’s classic features include: an Electric Company billboard, a bi-directional, rotating mini-flipper in the Water Works, and a Ride on the Railroad ramp. Also, you can take a lesson from MR. MONOPOLY and break the Bank, start the cash grab, and shoot the upper ramps for big MONOPOLY points. The goal of the MONOPOLY pinball machine is to move your piece around the game board, collect properties, and lock balls. When you pass GO, multi-ball will start and you can become the millionaire you’ve always dreamed of being! 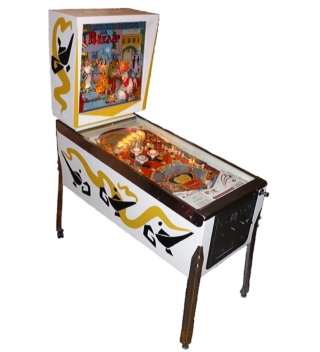 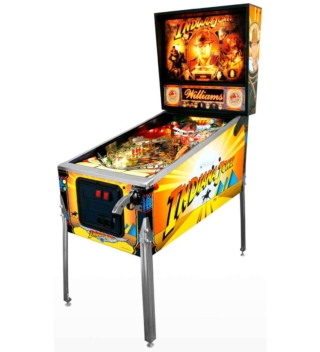 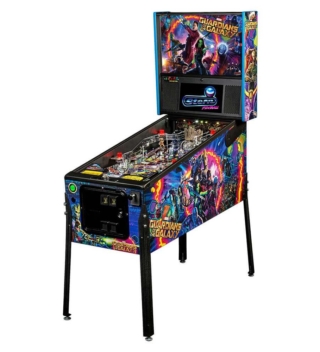 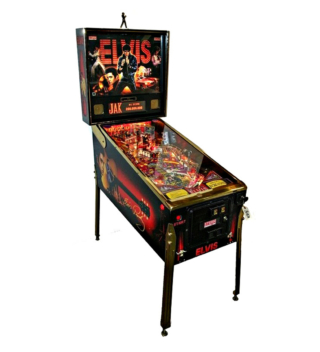